The Christopher Guy "Look" can be described as a “contemporary mood with classic values”. Above all else, Christopher Guy’s unique work is characterized by elegance which forms the DNA of each design and is central to the philosophy of the brand.

With presence in 42 cities including showrooms throughout North America, 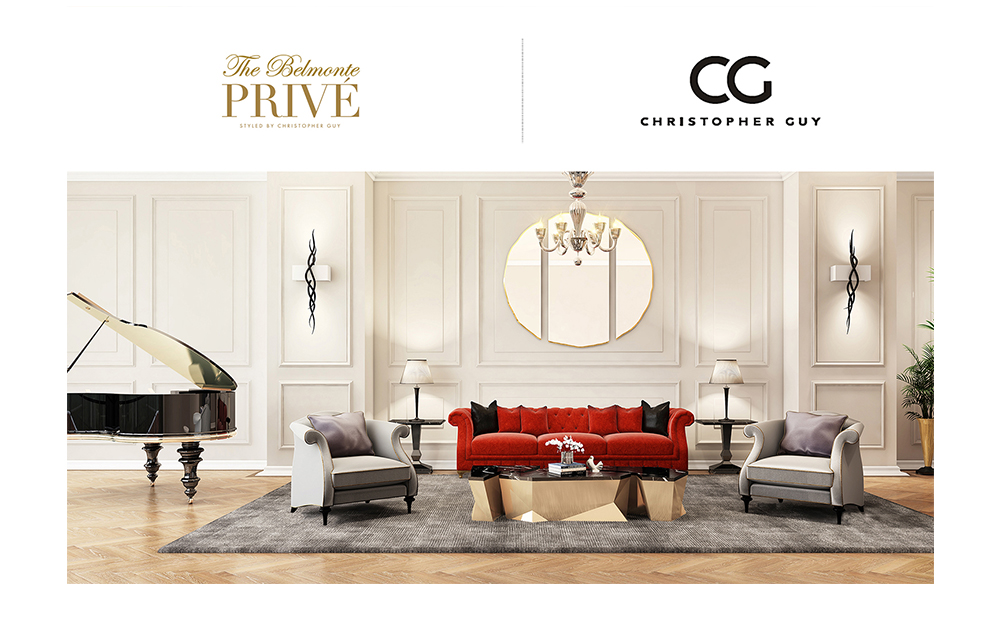 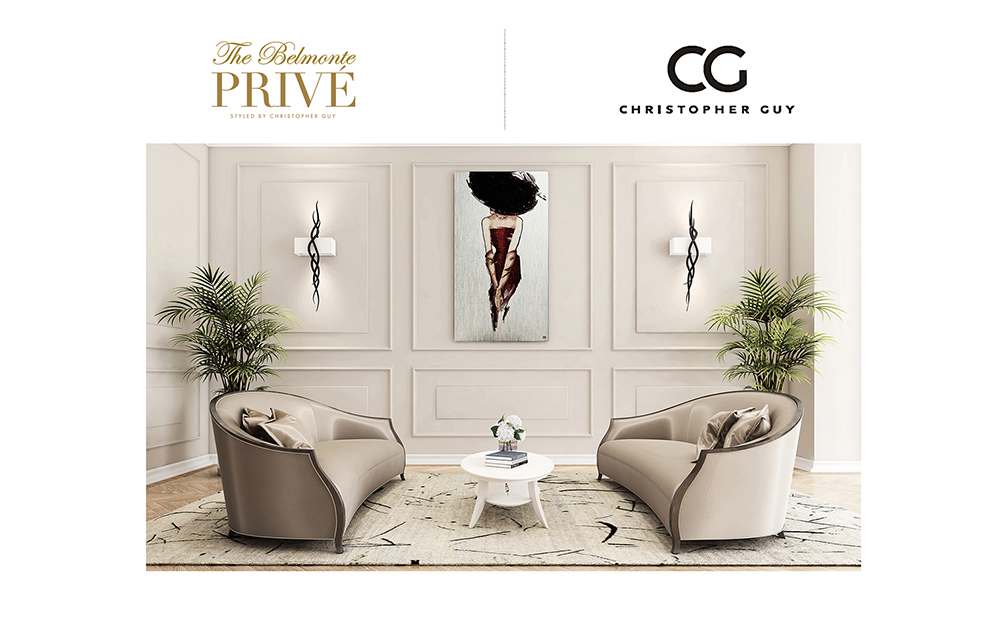 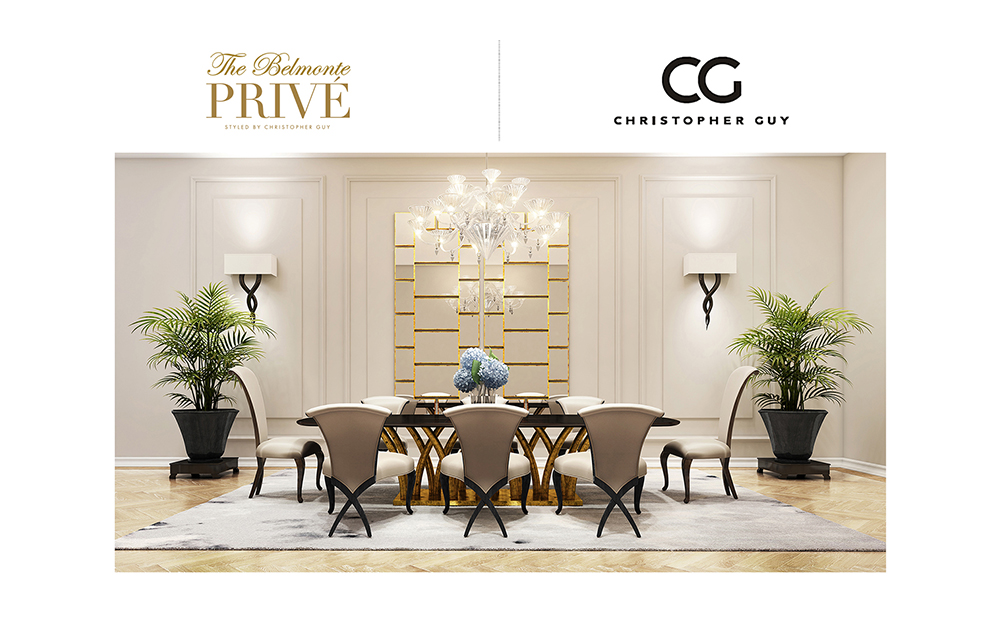 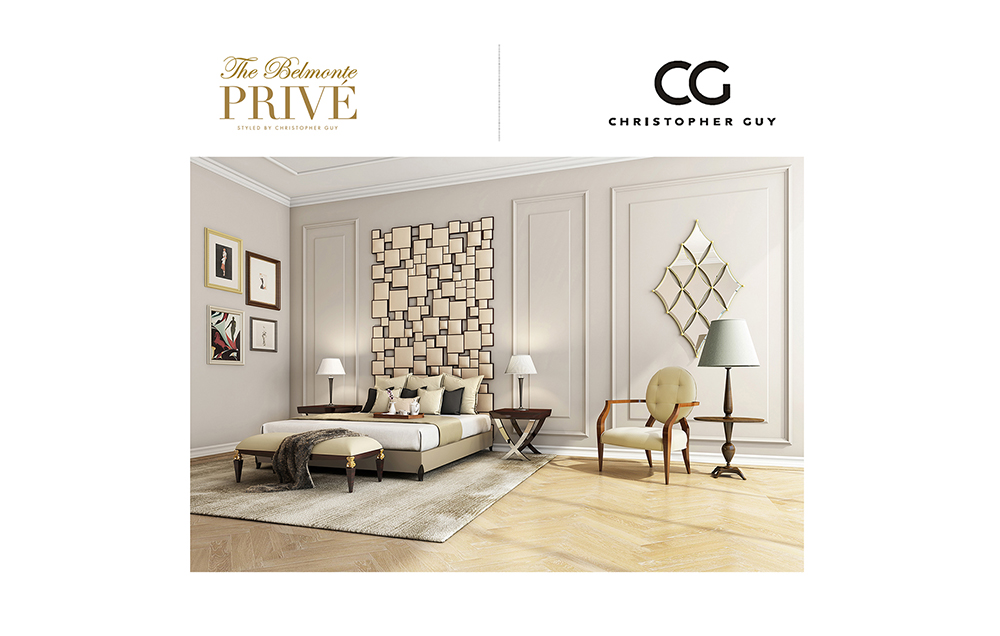 The property details, contents and other information contained in the various collaterals such as brochure(s) / website / pamphlets /news paper advertisements / hoardings / emails / mailers /presentation(s) and other mediums/forms etc of the company Kuber Developers Ltd for its luxury residential project namely “The Belmonte” coming at 40AB, Bourdillon Road, Ikoyi, Lagos, Nigeria, have been prepared in good faith by Kuber Developers Ltd, for its project “The Belmonte” . The above collaterals are only intended for general marketing purposes and should not be relied upon by any person as being complete or accurate and are not intended to, and do not constitute, an offer, a contract or create any contractual relationship. No description or information of any kind provided by Kuber Developers Ltd, whether in written or oral, contained in any form of the above collaterals or elsewhere (“information”) may be relied upon as a statement of representation, warranty or fact. Neither Kuber Developers Ltd. nor its agents make any representation or warranty the accuracy or completeness of the information and accordingly all information is given entirely without any liability on the part of Kuber Developers Ltd. and its agents to any prospective client(s)/tenant(s) or their advisers, agents and representatives. All representations and warranties made in the various collaterals of the company of any form as mentioned above or elsewhere (“information”) are disclaimed. Kuber Developers Ltd., its directors, employees, agents and other representatives will not accept any liability suffered or incurred of the company as mentioned above, by any person arising out of or in connection with any reliance on the content of or information contained in various collaterals of the company of any form as mentioned above or elsewhere (“information”). Interested parties should conduct their own independent investigation / due diligence at their own cost to determine to their satisfaction the suitability of the property for their needs. All site plans, drawings, specifications, dimensions, design(s), measurements, location, placements, visual representations like pictures, images, artistic renderings / impressions / depictions / illustrations / and other graphic representations and references are only indicative and are subject to change as may be decided by the company or directed by any competent authority in the best interests of the development. The areas mentioned in the brochure are approximate only and may differ from the actual apartment area. Soft furnishing, furniture and gadgets do not form a part of the offering.